Yesterday, Speaker of the House and all around fun guy Paul Ryan vowed that his focus for 2018 will be entitlement reform. Yes! For years the unemployed, the retired, the elderly, impoverished and infirm have expected to be handed the lavish luxury of social security checks, food stamps and unemployment benefits. Thanks to the fiscally responsible Ryan, he is saying, not anymore.

“We’re going to have to get back next year at entitlement reform, which is how you tackle the debt and the deficit,”

The GOP is poised to tackle the debt like an NFL linebacker; head on and with no regard to the damage that will certainly occur in about ten years.

Regardless of circumstances, Republicans are willing to take their brain bruised ideas and help fix the deficit. They are first taking a look at the most privileged and entitled Americans; the critically sick, injured, elderly, impoverished and mentally ill. Those lucky bastards have had it all for too long. Senator Orin Hatch is certainly tired of sitting on the sidelines of his 40 year run as senator, saying he had a “rough time wanting to spend billions and billions and trillions of dollars to help people who won’t help themselves, won’t lift a finger and expect the federal government to do everything.”

Yes, why help someone who won’t lift a finger or even someone who can’t even lift their own finger. 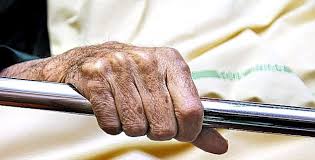 Now, the flawless new tax plan is guaranteed to bring in more money to the economy because American corporations have never let us down before.  And with incentives in the new plan for US companies to bring their production and workforce back to the US we are guaranteed to have more jobs available for this lazy lot of dementia, PTSD laden elitist to take advantage of.

https://www.ft.com/content/f04128de-c4a5-11e7-b2bb-322b2cb39656  ‘Research by consultants McKinsey has contributed to these fears of job losses. It found that about 30 percent of tasks in 60 percent of occupations could be automated.’

Ok… So, with more companies moving to an automated workforce the question will be asked; when will these lazy benefit sponges step up and start saving their minimum wage paychecks, to pay for their new, robot arm transplants and become active members of this workforce? And in case you think that is some futuristic, sci-fi idea, from out of left field, that is in no way a feasible option for those in need of work…

Amazing! Now we can get this cancer survivor where he must long to be; on a factory floor for 45 hours a week with no benefits.

Corporations are also doing their part to make sure those who actually show up to work don’t get off easy with a cushy paycheck. Money that could help pay off their student loan or health insurance premiums. Or just enough money to go on a date that doesn’t require them to serve their date free burgers, they had to sneak from work. But how are these employees paying back their owners?

Of course, with a lawsuit. But what they don’t understand or are even made knowledgeable about, is that McDonald’s and other franchise business’ have built in clauses that prevent other franchise owners from hiring an employee for up to a 6 month, in some cases longer, period. This can keep an employee from running away and escaping to another owner, who may give them more responsibility or money. This keeps these lazy, good for nothings from taking for granted the work it takes to earn $19,000 a year. Speaker Ryan and his colleagues make it clear; we must cut entitlements from our over privileged senior citizens and taco bell workers, to pay for a deficit that will be created by the tax plan. A deficit created to help the true backbone and saviors of our nation: for profit corporations. They are here to save us from this broken system.

“We have a welfare system that’s trapping people in poverty and effectively paying people not to work,” Ryan said. “We’ve got to work on that.”

The GOP has given us a new system, to trickle down corporate riches that will cure the poor from the spoils of food stamps, meal delivery, mental healthcare, a higher minimum wage and worker rights. A new system, that will not trap people in poverty and pay them not to work but a system that will effectively trap people to work for no pay. You’re right Speaker Ryan “We’ve got to work on that”